Skip to content
Celebrating the release of her 5th book in the Sydney Smoke Rugby series, Playing House, Amy Andrews educates us in Aussie slang, Rugby and  “beefy dudes”. 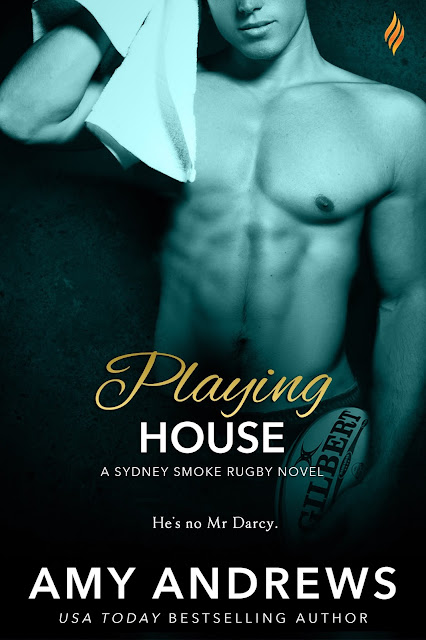 Playing House
by
Amy Andrews
Amazon US     Amazon UK
Buy links for all Platforms: https://entangledpublishing.com/playing-house.html
Synopsis
Eleanor is content with her boring life—mostly. She’s even fine being the quirky sister in a bevy of beauties. So imagine her surprise when one of her brother’s Sydney Smoke mates hits on her at an engagement party. Her. The weird sister, who wears vintage dresses and prefers her books to parties.
Bodie is shocked the next morning to find the soft, sexy virgin who seduced him with corsets is his best friend’s little sister. If he could kick his own ass, he would. And two months later, she’s got an even bigger surprise for him. Now he needs to convince the corset-loving wallflower that he loves her uniqueness if they’ve got a chance at forever.
He always did love a challenge…
Each book in the Sydney Smoke Rugby series is STANDALONE:
* Playing By Her Rules
* Playing It Cool
* Playing the Player
* Playing With Forever
* Playing House
Aussie Slang and Rugby.
I often get asked, why rugby? And that’s a simple question to answer. My editor said they wanted a rugby series in the Brazen line and they wanted me to write it. And I was all hell yeahbecause whilst what I know about rugby you could fit on the back of a postage stamp, what I do know about it is more than enough. Big beefy dudes – I freaking love big beefy dudes – running around in teeny tiny shorts. How much more does a girl need to know?
And thus, the Sydney Smoke rugby team was born. A team of hot, Aussie dudes sweating it out on the field, smack talking in the locker room and the showers – the showers people!! the showers – as well as giving each other shit over the poker table.
Of course, that creates some problems for the non Aussies in the world because…yeah, we Aussie’s write and spell funny. Well…we don’t actually. We write and spell Australian, which came to us via some English toffs in big ships carrying boatloads of convicts who were basically just people who were poor and hungry.  But, like all languages, we developed our own vernacular over two hundred years of colonisation, peppered with slang and idioms. Language which confuses the hell out of my American editor.
Please don’t worry, though, in an effort to save my readers confusion about both the Aussie-isms and the footy terminology in the rugby series, I’ve popped in a handy glossary at the back of the book. So now, for your education or hell, just for laughs (aka shits and giggles), I thought I’d share a few words and their meaning from the glossary.
Scrum – A scrum is when two groups of opposing players pack loosely together, arms interlocked, heads down, jockeying for the ball that is fed into the scrum along the ground. It’s like a tug of war with no rope and more body contact or, as I like to call it, a great, big man hug with a lot of dudes lying on top of each other at the end of it all. Very homo-erotic.
Pash – a pash is a kiss e.g. “Did you pash him, Shazza?” It’s the Aussie equivalent to the British term snog.
Chocolate topping – this is what we call chocolate syrup and you put it on your ice-cream. Although I’m fairly sure it gets put on other things as well. None of them food.
Budgie Smugglers – a term (now a swimwear brand) for a pair of  tight Aussie swimming briefs for men, so called for how snug they sit against the err…budgie…Yes, they are as gross as they sound and shouldn’t everbe worn by anyone unless they are a buff Bondi life saver. Sadly the average Aussie male did not get this memo.
Curious for more? Why not start the series and your Aussie education today?
Meet the Author
Amy is an award-winning, USA Today best-selling Aussie author who has written sixty plus contemporary romances in both the traditional and digital markets. She’s sold two million books and been translated into over a dozen languages. Her books bring all the feels from sass, quirk and laughter to emotional grit and panty-melting heat. Yes, her books feature lots of sex and kissing. You probably shouldn’t go there if you think the sexy times belong behind closed doors. Amy rips the door right off the hinges. At sixteen she met a guy she knew she was going to marry and several years later she did. They have two grown kids who have flown the coop for distant shores which enables their travel fetish. She loves good books and great booze although she’ll take mediocre booze if there’s nothing else. For many, many years she was a registered nurse which means she knows things. Anatomical things. And she’s not afraid to use them!She lives on acreage with a gorgeous mountain view but secretly wishes it was the hillsides of Tuscany.To keep up with her new releases you can join her mailing list here – http://www.amyandrews.com.au/newsletter.html
Connect on Facebook 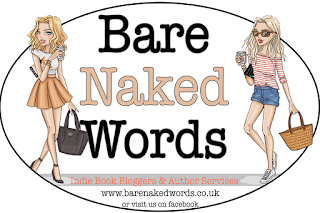