You, Me, and The Secret

BUY You, Me and the Secret: mybook.to/ACSN4 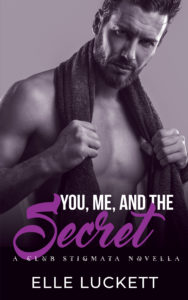 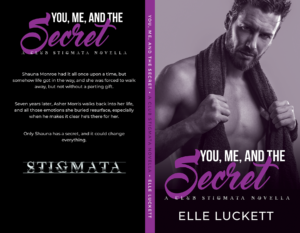 Shauna Monroe had it all once upon a time, but life got in the way, and she was forced to walk away, but not without a parting gift.

Seven years later, Asher Morris walks back into her life, and all those emotions she buried resurface, especially when he makes it clear he’s there for her.

Only Shauna has a secret, and it could change everything. 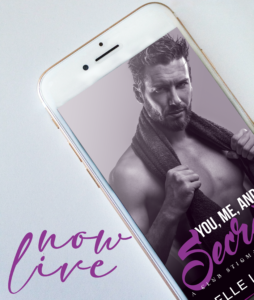 Other Novellas in the series: 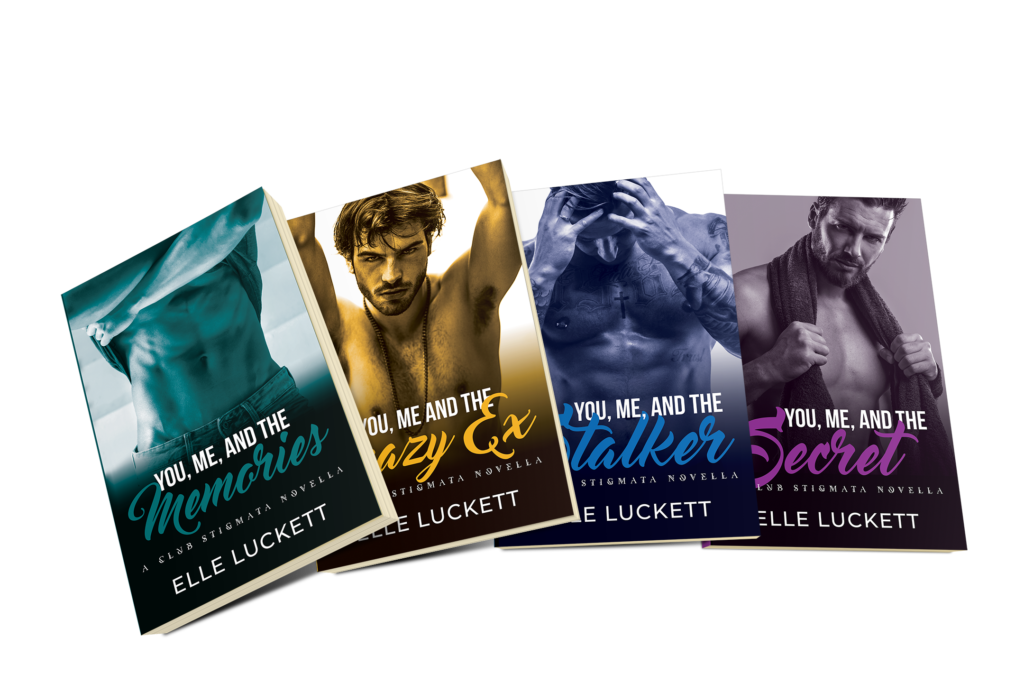 You, Me, and the Memories: mybook.to/ACSN1

You, Me, and the Crazy Ex: mybook.to/ACSN2

You, Me, and the Stalker: mybook.to/ACSN3

You, Me, and the Experiment: https://www.goodreads.com/book/show/54756634-you-me-and-the-experiment 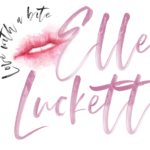 Elle Luckett was born in Houston, mainly in the mind of Lou Stock. As the darker side of a generally light personality, she became the voice that would tell lustful stories, something born from a very vivid imagination and an amass of characters with some interesting habits and tastes.

“I wanted him.  It became hard to deny him anything once I let him in again.  Every call.  Every conversation.  Every text thread.  They all served to make me fall in love with him all over again.”
Walking away from love wasn’t easy for Shauna, but walking away from Asher was heart breaking. Trying to find herself again and raise her daughter, Shauna must return home. Finding Stigmata and a new group of friends has helped Shauna immensely. When Asher learns that Shauna is working at Stigmata, he has to go to her. Being away from her for so long has been hard for him. Missing out on Shauna’s life, and learning Shauna’s secret was worth giving it all up, but will Asher’s past let him walk away?
“More.  I wanted more.  More pain.  More sex.  More Asher.  More fire.”
You, Me and the Secret is like a beautifully choreographed dance. Elle’s words move and flow effortlessly with each other . Elle writes about BDSM with class and grace. Intertwining characters from the Stigmata books makes You, Me and the Secret a read you can get lost in. The lust and love that Shauna and Asher have for each other is hot and undeniable.
“I’d given myself over to him without even a twinge of doubt. Now, he was going to break me apart and leave a part of himself inside me when he put me back together.” 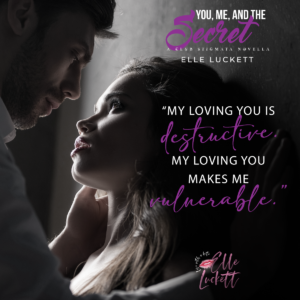