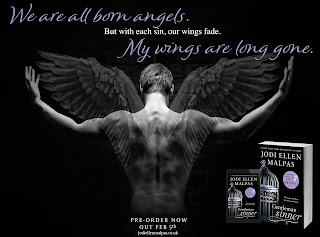 Gentleman Sinner by Jodi Ellen Malpas
In the tradition of The Protector, the #1 New York Times bestselling author of the This Man series delivers a steamy, suspenseful new standalone romance about a British alpha hero and the one woman who may be able to save him-as long as he can protect her from his dark past.
Synopsis
Izzy White knows of the darkness in this world. After all, she escaped it long ago. Determined not to let her past beat her, Izzy has a secure, stable life with a job she loves in nursing. But one act of kindness will completely upend everything she’s so carefully built-putting her right back in the crosshairs of danger she’s been so desperate to avoid.
When Theo Kane shows up like a knight in shining armor, Izzy can’t help thinking she’s been saved from one threat and exposed to another. His imposing physique, the harsh lines of his face, and the wariness of everyone who comes close are just a few clues to Theo Kane’s notorious reputation. The man is positively terrifying. But with Izzy, he’s tender and a complete gentleman, and her fascination with the mysterious beast of a man becomes too powerful for her to walk away.
As Theo’s demons come to light, running becomes even more impossible. And yet staying together could doom them both.
Pre-Order Today!
Amazon: https://amzn.to/2Q9nkuD
Barnes & Noble: http://bit.ly/2wO9xRj
Kobo: http://bit.ly/2oIH1wz
Google Play: http://bit.ly/2NmIIh6
iBooks: https://apple.co/2NNFujH
Add to Goodreads: http://bit.ly/2CzwT3l
Review by Wendy
Theo Kane, mysterious, fierce, protective, dangerous. Gentleman Sinner! Everything we have come to expect from the House of Jem. He has a dark and dangerous past, it haunts him every day and when he meets Izzy their pasts collide with unexpected consequences.
Theo has broken the rules but to what extent Izzy has yet to find out. Her past has made her cautious, living and breathing her job, her safe place, and to some extent cocooning herself in a bubble of good deeds
But as Theo and Izzy’s worlds entwine she takes her first cautious steps back into the real world, and walks straight into the dark world of Theo Kane.
As with previous books from Jodi I was captured not only by the main characters in the story but also those with a supporting role and this book is no different as we grow to adore Izzy’s best friend as much as we do her.
As Theo’s issues are revealed we can only look on, captivated spectators, hoping that Izzy can help him beat the demons that once again threaten to pull him into the depths of his own hell.
Jodi is the queen of Alpha males and Theo is a seriously big man that has earned his place in the House of JEM.

5 Stars all the way